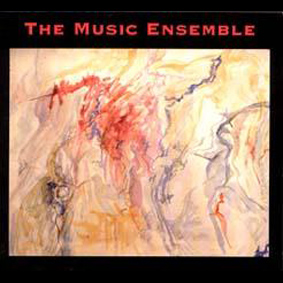 The first documentation of this important free improvising group, featuring Roger Baird, Billy Bang, Malik Baraka, Daniel Carter, William Parker, and Herb Kahn. Existing during the heyday of NYC’s Loft Scene, their name has often been cited as a crucial stage in the development of its members — the seeds of such current ensembles as Other Dimensions In Music and Test can be found here — but their singular music has gone largely unheard, save by those who were present at their concerts. This CD has been compiled from archival tapes recorded by Roger Baird; one complete performance from Brooklyn’s Kingsborough College, on 24 April 1974, and excerpts from a concert at the Holy Name School Auditorium, on 15 February 1975. Packaged in a mini-LP gatefold sleeve, with liner notes by Parker, Bang, Baird, and Carter, paintings by Marilyn Sontag, and a reproduction of the poster for one of the shows, this is the recording debut of one of jazz’s greatest “lost” groups. “A slice of musically important history” – Ken Waxman, Jazz Weekly “Billy Bang and the others used the AACM/Art Ensemble model of a jazz collective to open up sounds that were even less connected to European musical traditions than the Chicagoans. Spontaneous music to get lost within.” – Eddie Flowers, Slippytown “A welcome souvenir of a terribly important and underdocumented time and place in the music” – John Chacona, One Final Note “It’s arresting music, well worth hearing as a harbinger of some of the members’ more recent work.” – Stuart Broomer, Coda “Thankfully documents like this disc still surface and circulate, caulking gaps in a lineage that, decades old, continues to diversify and grow.” – Derek Taylor, Cadence “If you’re familiar with their later work, you owe it to yourself to check this one out, and if you’re just starting in on post-ESP free jazz, you can’t afford not to.” – Dan Warburton, Paris Transatlantic “So pure and incredibly powerful that it could easily bring a grown man to tears.” – Mats Gustafsson, The Broken Face